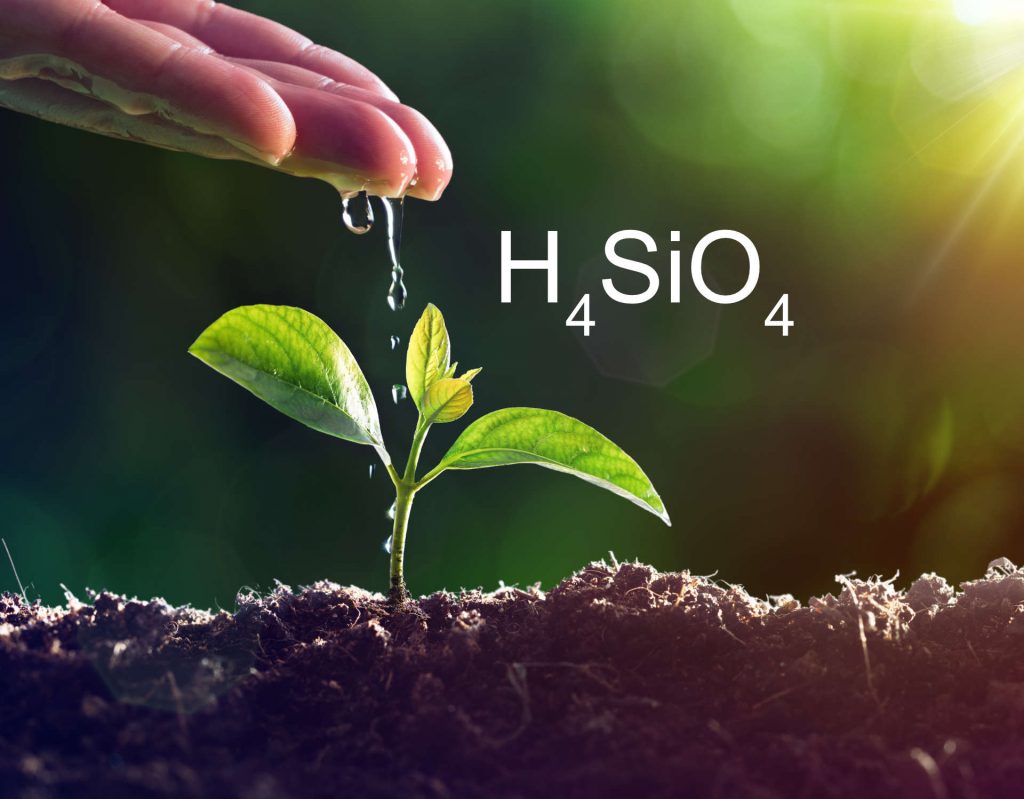 The Role of Silicon In Plant Growth

Many minerals go into plant growth, with one important one being Silicon (The soluble form of Silica – or H4SiO4). In fact, it was not until recently that anyone considered silicon to be important when it came to plant growth and development.

How Silicon Is Important To Plant Development?

For the longest of times, botanists have believed that there were 16 nutrients that a plant needed to survive. There are Nitrogen, Potassium, Phosphorus, Calcium, Magnesium, Boron, Sulfur, Chlorine, Zinc, Copper, Iron, Sodium, Cobalt, Nickle, Manganese, and Molybdenum. However, science has been showing us that Silicon may be extremely important nutrient as well as signalling molecule in plant.

While silicon is rather abundant in the Earth’s crust, that does not mean that it is readily usable for the plant. This is especially true if you are planting in any kind of fertilizer that may not even have Silica in it.

But how does Silica itself benefit the plant? Well, that in and of itself is not that clearly understood. However, from the evidence that we have so far, it seems to make plant cell walls stronger. This is very important, as the cell walls act as a sort of immune system for the plant.

With the cell wall stronger, it makes it far less likely for the plant to be invaded by insects, pathogens, etc. It also makes the plant less digestible to predators, which keeps the plants alive for longer, and healthier. But does this stronger immune system equate to other benefits, such as plant yield? Let’s find out.

Plant yield is the amount of food that a single plant is able to produce. For instance, a tomato vine variety may grow 4 tomatoes, or it may grow 6, depending on the conditions. So when it comes to Silica, there are actually a fair amount of studies done on particular plants in relation to yield count.

For instance, a study from 2013 titled: A Case for Silicon Fertilization to Improve Crop Yields in Tropical Soils, states the following:

“The depletion of available Si in soil is an important soil related factor that may be closely associated with progressive yield declines experienced in various crops, especially in the tropics.”

This shows that the depletion of Silicon, which happens due to intensive farming practices, probably has a negative effect on plants, causing them to produce less produce over time. It also brings the idea that fortifying the soil with the form of silicon that plants can absorb, or orthosilicic acid, can increase plant yields. There is evidence for this as well.

A 2011 study titled Study of Silicon Effects on Antioxidant Enzyme Activities and Osmotic Adjustment of Wheat under Drought Stress which focused on wheat and drought, stated:

“The results of the present experiment coincided with the conclusion that Si alleviates water deficit of wheat by preventing the oxidative membrane damage and may be associated with plant osmotic adjustment.”

This means that since the Silicon strengthened the cell walls, it prevented damage done to the wheat. This allowed the wheat to survive longer, even in conditions that were otherwise plagued by drought. This, of course, can increase plant yields in otherwise harsh conditions, where it would be vital for plant yields to exist.

The last study we are going to look at is from 2012, titled Silicon Treatment To Rice Plants During Different Growth Periods And Its Effects on Growth and Grain Yield

It stated that “Si treated plants had significantly higher yield. Upon Si treatment (LS-36), the grain yield per 10 acre and panicles per plant were 15.1% and 6.3% higher than the water treated control plants respectively.”

This shows that, at least in rice and other grains, adding silicon to the soil can have a beneficial impact on yield. This impact, however small, can be vital for many people living in drought impacted areas, and it can be great for the food industry as a whole.